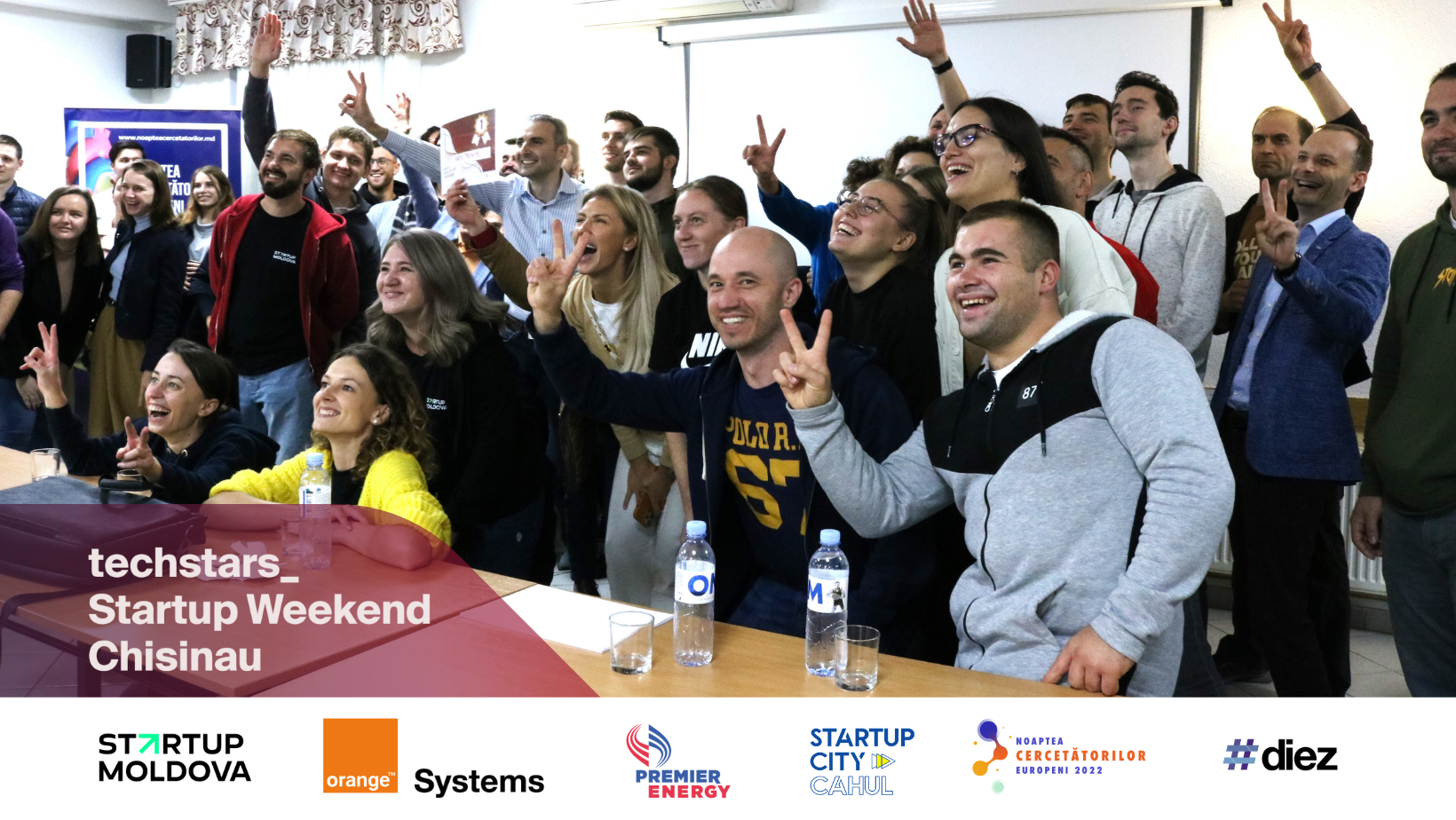 How was it at Startup Weekend Chisinau 2022?

Between September 16-18, Startup Moldova organized at Vadul lui Voda Techstars Startup Weekend Chisinau 2022 which gathered over 50 participants: students, researchers, programmers and entrepreneurs from Chisinau and the regions, animated by innovation and technological progress.

9 teams were formed, guided during the event by 8 local and international mentors – experts in various fields. Among them are:

All the teams put in a huge amount of work to pitch their idea to a panel of judges on Sunday evening 18th September. The members of the jury were:

“Such events come to train the future founders of startups from Moldova and instill in them the courage to soar into a real adventure of founding a startup. Some, in turn, will understand that the world of technology business is not for them and would like to choose another path, but this aspect is also important to find out as early as possible. We at Startup Moldova want to consolidate and grow the ecosystem, because Moldova has enormous technological talent. It just needs to be motivated and equipped with the necessary resources for creation and innovation!” said the executive director of the Startup Moldova Foundation, Natalia Bejan.

The winners of this year’s edition were:

This year’s edition was the 12th and proved to be a special one. We would like to thank the sponsors of the event: Orange Systems and Premier Energy, and the partners: EU4Moldova: Startup City Cahul, a project financed by the European Union in partnership with Sweden and implemented by ATIC, the UTM Project: Night of European Researchers and Diez.md, without which the organization would not have been possible.

You can watch the final team presentations here:

If you liked this material, feel free to share it forward!